Internationally appreciated author of children’s books and school presentations, T.E. Watson, became known as the “Imaginician” because of his ability to combine imagination with technical know-how. There is a hint of magician included, which he adeptly shares with children, empowering them to discover their own unique imaginician.

His school visits are dynamic interactions with students where he creates inspiring, engaging dialogue and activities creatively structured for each individual grade level. The children leave these assemblies or classroom workshops, far more passionate and excited about reading and writing than ever before.

“To motivate and excite a child to read, and keep them excited, is the ultimate reward for all authors. It is our task, as writers, to keep the eyes of the reader glued to the words we place onto paper and to generate the imaginations that all readers have within, whether they know it or not. It is our job to bring those visions forth into a world the reader will relate with.” T. E. Watson

Readers, no matter what age, should be given the opportunity to know words and to know books of most every genre. The individual imagination must be exercised to keep the mind alive. It must be driven through a sort of calisthenics to keep it strong.

“All writers must keep their skill and craft as precise as possible. If the writer allows their words to fall to the ground, they will die a harsh death. Writing is the life blood of reading. They are sister and brother in the same family.” T. E. Watson

T. E. Watson is one of the most prolific children’s authors in the world today. His work spans over 127 stories, and counting, including his new audio books. From his Scottish children’s stories, to his newest audio books, he continues to amaze his readers.

With the abilities that T. E. Watson has developed, he is able to generate excitement about reading and writing, and keep that excitement generating. His motivational skills when presenting to children of all ages is known the world over. With activities specially crafted for every grade level, he is able to bring forward from the inner workings of each child’s mind, a world filled with imagination and wonder that reaches everyone around him.

“When a child discovers they can do something well and feel great about what they have done, that feeling stays with them. It is what makes success that much more rewarding.”

T. E. Watson is an award winning children’s author, columnist in the US and Canada, speaker, philanthropist and last, but certainly not least, a Scotsman. His career has spanned the many aspects of the publishing industry. 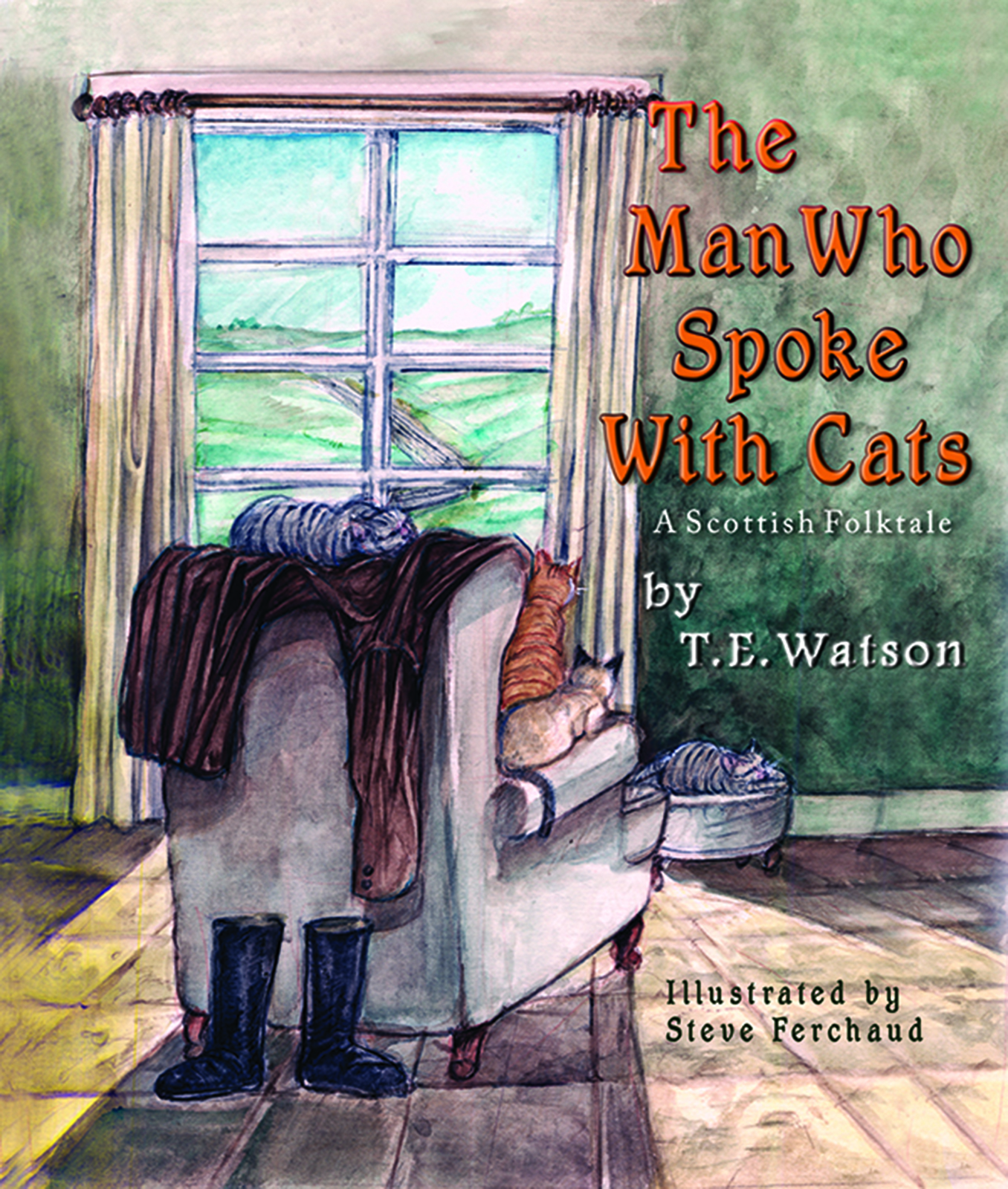 Having started by accident (with the efforts of some 35 enthusiastic 6th graders), his writings have taken readers to worlds they can revisit again and again. From his most recent travels back to Scotland in, The Man Who Spoke With Cats and his best-selling, Glen Robbie: A Scottish Fairy Tale, to keeping a dragon in his cellar in the very popular,  Mom Can I Have A Dragon?, his readers keep coming back for more, wondering to which magical land he is going to take them next.

Watson is the author of some 130 books, 5 new audio book productions and 12 new books being completed for children… and he says he has slowed a bit! T.E. Watson has over 40 years in the writing world, doing everything from reporting to writing for magazines and technical manuals, to political essays for national, as well as environmental issues. He has also penned many guides and teaching curriculums for schools throughout the country. He has written adult works, and even horror, but his first love will always be the Children’s genre.

His research and studies in Literature of the U.K, with a focus on Children’s Writers (with a more focused study of Robert Louis Stevenson), earned T.E. the very prestigious FSA Fellowship from the Royal National Museum in Edinburgh, Scotland in 2003.

T. E Watson is passionate about writing and continues to develop that passion. “You must have compassion as well as passion to help those who would also like to write excellent work as it should be.”

T. E. Watson has been President of The Northern California Publishers and Authors in the past and is currently a member of the SCBWI Society of Children’s Book Writers and Illustrators. He is a member of the California Writers Club and the CAPS (the Chico Authors and Publisher Society), based here in Chico, California, as well as many organizations overseas. He is very active in his Scottish organization community and is determined to never retire from writing for children.

Watson is presently working on his final rewrites of two chapter book trilogies for children, and has recently been commissioned to write two “how to” books on writing and marketing. His pet project is a book for authors called, Presenting Successful School Visits. Having become known as the “Guru of School Presentations,” his reputation for motivating and making reading and writing exciting, has earned him great acclaim all over the world.

T.E. Watson is available for further speaking engagements, as well as visits to schools. He also mentors and coaches writers part time when he has breathing space! You can read more about his books and his active speaking activities, and he can be contacted, by signing into his web site at www.tewatsononline.com.