When Stephanie Madsen married and started a family, she thought she was saying goodbye to her love of music forever.

Now, the Chico resident is pleasantly surprised to find herself balancing her every day life as a stay-at-home mother with a budding career as a singer, songwriter, musician, and producer.

“When I was given the open door to pursue my music again, I knew it would be a tricky road to balance motherhood with my music, but there was nothing more I’d rather do,” she said. “I remember telling my husband, through tears, that I knew it would be hard, but I have to move forward trying my best to balance both. I am not whole without my music and I’m not whole without my kids.”

When Madsen left her childhood home in Peachtree City, Georgia, she went to Brigham Young University – Idaho, with the intention to study vocal performance. Once there, she said she felt inspired to switch her major to communications. As fate would have it, she met her husband, Stephen, in her first class in her new major. The two soon were married and started a family.

Busy, with being a wife and a mother to two young boys, Madsen said she had little time for herself. “It was sad,” she said. “I couldn’t fulfill my music the way I wanted. And then I was two kids in and I had this melt down -depression -and I called my mom, and she was like, ‘You need to get some help. Let’s just start by getting you back into music because that’s your passion you never kept with.’”

“I kind of just fought it because taking guitar lessons and voice lessons as a 25-year-old is just dumb. That’s for little kids that do a recital, but not me.”

Reluctantly, Madsen said she began taking guitar lessons. At first, the lessons were intended as a simple way to destress. But soon, she was writing her own songs and her guitar teacher, who was also a producer, suggested she pursue creating her own CD.

After a successful Kickstarter campaign, Madsen released her debut album, “Fly,” in May 2016.

Rachel Smartt, Madsen’s mother, said her daughter has always had an instinctual talent for music. When she was 3 years old, Smartt said her late husband would play the piano for Madsen and have her sing along, matching the notes in what Smartt describes as “perfect pitch.”

Getting back to music was like medicine for Madsen, Smartt said, and helped make her daughter a happier person.

“I’m just so proud she was brave enough to trust her heart,” Smartt said. “She has used what is born within her, and she knows where her true gifts come from. She knows it comes from God and she can move forward being intentional.” 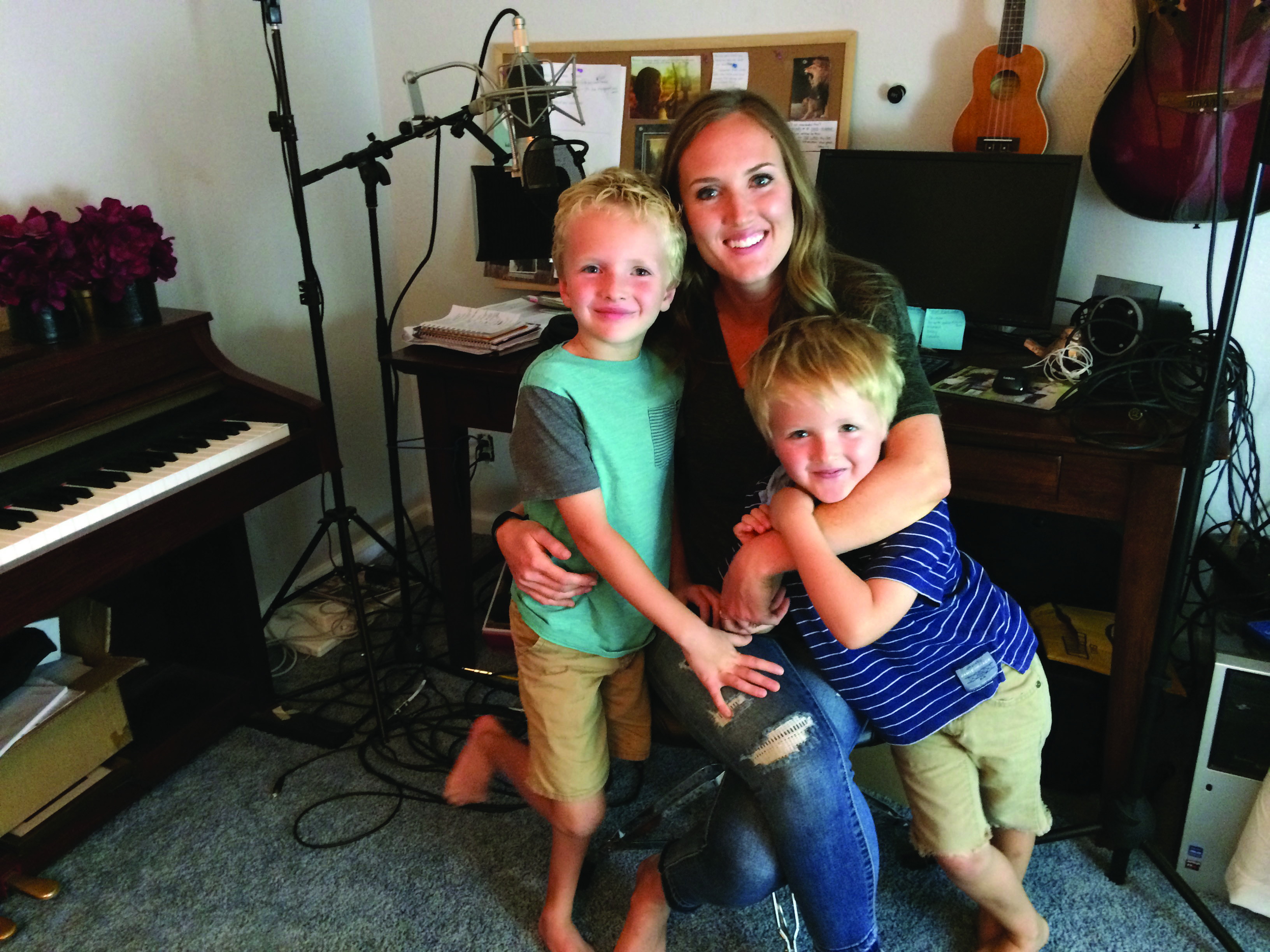 Madsen performed all the instrumentation and vocals for the album, and self-produced the album out of her home studio in Chico. This is her first self-produced album, and she said she has enjoyed the flexibility of producing her own work around her home life as a wife and mom.

“I’ve spent a ton of time recording and producing this album, but I’ve been able to manage it around my mom-life because I can tuck it in throughout my day instead of driving to a producer’s studio and working under their time schedule and being completely gone for hours at a time,” she said.

Madsen even included the singing of her two sons, Carson, 6, and Patrick, 4, on the track, “Silent Night.” Madsen’s husband, Stephen Madsen, said he thinks it is great Stephanie incorporates her sons into her work. “Stephanie pursuing her dream makes her happy. That happiness is seen in the way she interacts with the kids when she makes time for them in her busy schedule,” Stephen said. “It is definitely a balancing act and requires more effort, but is well worth it to have that feeling of success or fulfillment from chasing your dreams.”

Follow Madsen on Instagram, Facebook, and YouTube, for updates on her music and life. Visit Patreon.com/stephaniemadsen to become a “Stephanatic,” get exclusive sneak peeks into Stephanie’s creative process, and be the first to receive her newest work.